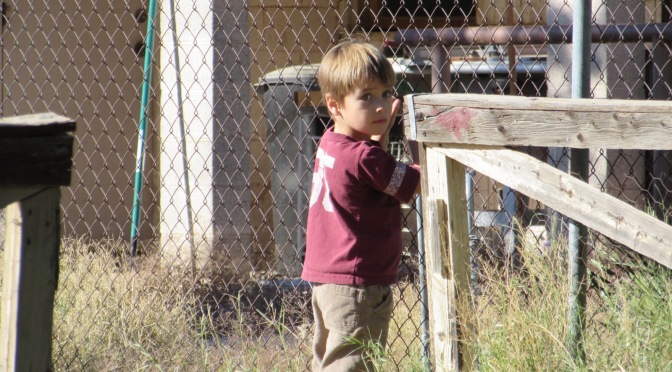 A lot has happened since the last time I checked in! We finished the tent house and have been living in it for the past 9 months. We also purchased acreage in Rainbow Valley and a well is being drilled. The second growing/learning season is approaching in the garden where we live now and have even acquired some hens!

However, while I do intend to do some catch up with pics and a few details on all of those events, I thought I’d start with the most important part of our lives and the one you are probably most interested in…Sam.

Sam is in kindergarten for a half day, four times a week and he seems to love it. We do homework most days which involves a reading program called “Raz Kids” thats pretty fun. He definitely loves people and spends a lot of time playing with the neighbors in the area. They randomly come by and ask if Sam can play. We live on a dirt road and the area is pretty safe, although he knows to check with us first if he wants to leave the yard.

This past Christmas he received a new bike from Grandpa & Grandma Albert and has since learned to ride pretty darn well! The promised video of that is coming. I wouldn’t say he loves getting out and bike riding but we’ve been pushing him on it and he seems to have fun once we get going. The other day I even persuaded him to take a hike in the nearby White Tank Mountains. He loves, loves to climb on the rocks.

We do about an hour of screen time a day (and extra on the weekends) which just means he can watch TV, or play with our ipads. He is very into video games and it can be very difficult to get him off and be consistent with the time restriction. When he is not playing he is often talking about games and inventing all kinds of crazy story lines about them that I can’t even begin to understand. Talking is definitely his forte!

Sam is fun, challenging, and one of the biggest blessings in our lives. I could probably go on and on about Sam and his antics but I think I will just let the pictures speak for themselves…

Click on any photo to view a larger slideshow with captions. 🙂 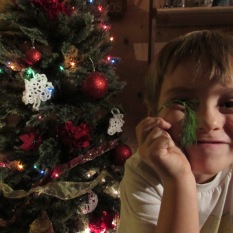 I guess pickles are funny? 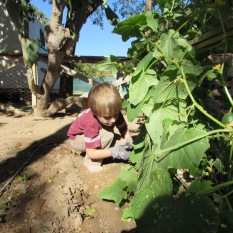 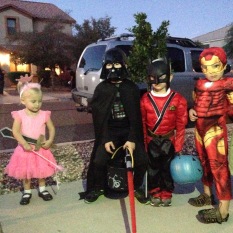 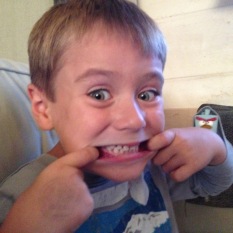 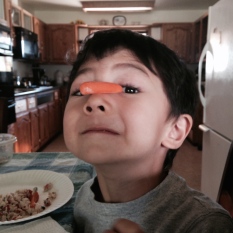